My players are in the Observatory at the moment, they've met the giant and maybe they will not survive their next session. They also decided that if they die they're not going to create new characters for this adventure and we'll do something else. I think it's time for a review, a retrospective and some thoughts about how to fix the things we didn't like. 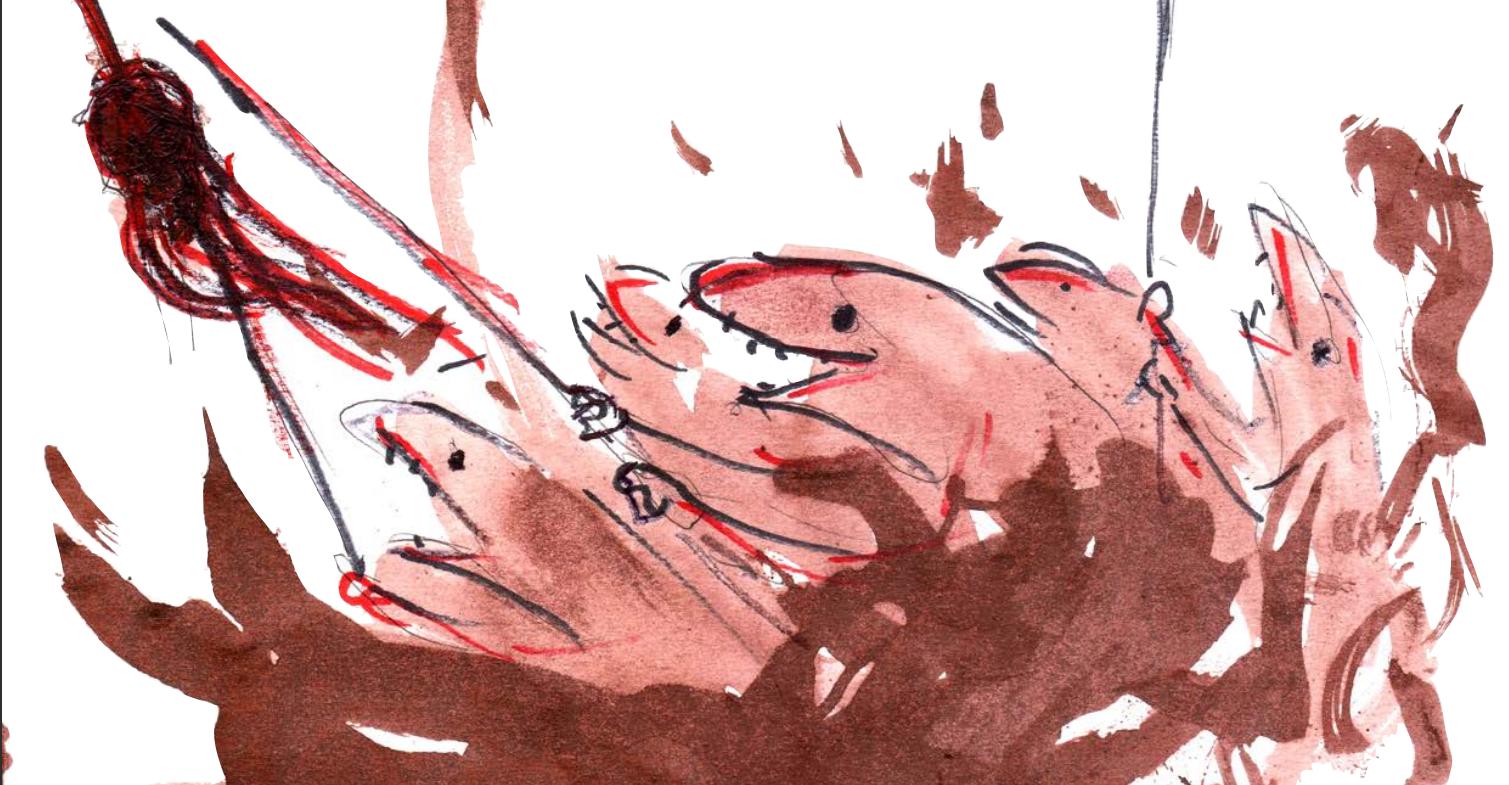 Keep in mind that the whole review is subjective and based on the things that me and my group like. Maybe getting pounded in the ass by a giant during the whole dungeon is someone's fetish, but it's not ours.

When I was reading the adventure I was enthralled: Patrick Stuart's writing was amazing, I was eager to run this adventure, everything looked so interesting, so fun, so novel. For those who are unfamiliar with the adventure it's about a Dam that explodes, flooding the whole valley beneath and, at the same time, revealing a dungeon that was hidden under the lake. The goal of the party is to reach the dam, find the dungeon, and probably stop whatever evil is inside. When started playing we had a blast: the first session was awesome. Carrowmoore was really fun and the stream of events that happens as soon as the players enter the village is perfect for showcasing the feel of the adventure. It was poetic, chaotic, desperate. Sadly, that was also the best moment of the whole campaign.

The rest of the adventure is a railorady river journey towards the dam with lots of things to see. Things that are probably dangerous, and usually are nothing more than vignettes. There's little to no treasure around, most things serve only for roleplay purposes, and other things are just plain difficult to run (we'll come back to this in a bit). Once the party reaches the dam they can climb it and reach the profundal zone where The Pit is. Once again we have a tedious journey towards the dungeon, with even less things to see, and then the dungeon itself (That I confess, I haven't yet ran).

Most of the things in the book are not explained at all, are very confusing, and are left up to the DM to decide. It's not clear if the adventure is supposed to be an "hex" crawl or a point crawl. There's a group of adventurers that are trying to kill the group, and their tactics are wonderfully explained in the book, but it's unclear as to easily integrate them into play. If played by the book the dam should be only a night away and the characters will probably be on a boat the entire time so the opportunities to have a fight with them are slim (unless you want to murder your party multiple times using Ghar's bow from the shore). The race is also a mess, it's a cool idea that is really difficult to implement, I'm not sure how it's possible to showcase the race to the players. My group "learned" about it just because they stopped in pollnagollum for a week so they saw all the boats passing by.

As I mentioned before most of the locations from Carrowmoore and the Dam are empty and provide only minor roleplaying opportunities. Probably they would have been more interesing with some Hirelings from Carrowmoore, but my party didn't get any so most of the locations were useless. Also they were scared, they didn't want to approach weird things and die. They tried it a couple of times and noticed there wasn't any treasure, so they just gave up. One of the worst encounters is the Log Tableaux, I really have no idea as to run it and as to what purpose it serves.

Pollnagollum was a nice change of pace and my group spent almost two sessions with the witch. It was very evocative and interesting, even though I didn't fully employ her potential. My players also never interacted with the golems, they only encountered the one in Pollnacrom and the one at the dam. So when they arrived at the dam they didn't really know how the entities worked (this is not a critique, just a consideration).

The dam itself was a fun, short, confusingly written dungeon ("From the stairs outside the trap can easily be spotted, but is extremely difficult to disarm", "The door leading to Canoptic Guards is closed and trapped with hidden needles. The needles only affect the outer side of the door." - In one occasion the "outside" proably refers to the room the characters are heading towards, in the other occasion it's about the room the players are coming from? I assume?) and I don't really have anything to complain about, except for the distinct lack of any treasure. It has been 4 sessions and my players didn't receive a single XP.

The Profundal Zone is also weird, it has many features (Dark Towers, Spiked Bushes...) that are scattered around the whole lake bed but aren't actual zones, so I assume this area was meant to be a hex crawl, but if that's the case then it's completely empty except for the random encounters and the bridges. Most of the features (i.e. The Sun Scoops) are so out of the way from the party that I expect no group would investigate them. Also I assume that the Petrified Forest is actually the Grey Forest so there's a typo (the book has several).

The Piled Hives and the Reed-People are probably a good opportunity for faction-play and roleplay, my players allied with the Kapeks and killed them all, but it still was a fun moment and something they've heard for a long time before even entering the lake. Still, no rewards whatsoever from any of the encounters or locations.

All of the reviews about this adventure I've read talk about how poetic it is, how beautifully written it is, and I agree. Patrick's writing is majestic and every zone, every location, feels completely unique and eerie. Everything it's dying, there's a degree of sadness in every place and the feeling transpires a lot almost from everything that moves (or doesn't). But that's a book quality, and as a book this adventure is great. Sadly, writing a book isn't the same as writing a module. There are things that are just awkward to implement properly in a game, and I guess that's also on me as a DM but I've found that running it was a pain in the ass for a lot of things. Rulings over rulings and awkward ones as well. There are also things that are very fun and interesting, but that the players will have no way of knowing (Once again the Log Tableaux with the worm blood that cures the paralysis). This was a fantastic adventure to read, an awkward adventure to play. 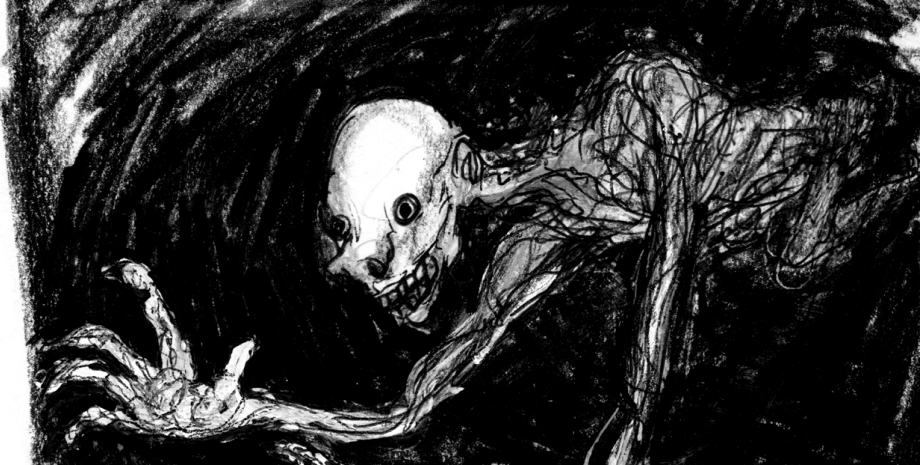 How would I fix it?

Those are my player's complaints, not mine. They found the adventure too railroady, and I give them that. If you have a boat the only way to reach the dam is to follow the river and their only choices are "You wanna stop here or go ahead?". I would probably rearrange the map and its locations to make reaching the dam easier, and with multiple paths possible.

Carrowmoore should be expanded and, probably that's my fault, should have more emphasis on it. The adventure works best when the party has a follower with some goals in mind because it gives the party more reasons to explore.

The locations are mostly devoid of treasure and rewards. If you're using a "XP for Visited Location" system then it's fine, otherwise you'll have to add some gems, coins, whatever. The Observatory rewards are also weird: items that cost tens of thousands of coins, but have to be retrieved to a major city. One or two treasures like that might be fine, but they're almost the entirety of the rewards.

In general it feels like the adventure has no decent hooks for already existing players. I feel like the ones that are presented in the beginning of the book are fun and should work decently, but almost no character would want to stay in the observatory after witnessing what's inside. I understand that this is a game, and some players might have a different mindset than mine, but my group didn't want to lose their characters. The whole adventure has a negative vibe to it and, whatever the players do, they will always "lose". Maybe it's fun for some, not for me.

Also, my players are in the dungeon right now, they can't just run back. They can't explore how much they want, they can't decide when it's time to stop, because the giant is there. And even if they'd want to leave, what now? The closest city is 3 days away and it's Carrowmoore. This strongly limits player agency and, while it creates a horror vibe and a lot of tension, it just removes gameplay elements.

"If you cannot kill at least one character with this giant then you are probably doing something wrong. Kill them. Make them afraid. Explain nothing.". Why is this in the book? It feels like it's been written by a sadist whose goal is to kill the party for fun, this is not how I like running my games. I would change the giant, make it more avoidable. It's not explicitly written, and maybe it was actually Patrick's intention all along, but the group should be allowed occasions to escape from the giant, even when inside of his stomach for example. It should be deadly, it should be scary, it should be able to kill a character in one hit, but it shouldn't be his meta-goal. Especially because if you wanted you could easily kill the whole party with it as soon as they encounter it, what's stopping you?