This is going to be the last Barrowmaze for a while, so if you're here for that you'll be disappointed. My party decided to set it aside (for now) after a very intense session that almost killed them all.

Glirk came back and Basyli stayed in Helix for today. After recruiting a new hireling they headed into the barrowmaze. The goal was clear: finish the obelisk room and safely return to the surface. The execution: not so clear. The dungeon was restocked so as soon as they entered they encountered a group of rats carrying a bag of copper coins, 3000 of them. They killed the rats and decided to immediately go back to the surface, a return to Helix that proved to be troublesome since the party encountered the bandits that robbed them in one of the first sessions. Blinded by rage Cavell and Thelonius attacked even if they were 8 of them, the combat went great for both sides but after suffering amost 15 damage Cavell managed to repel the attackers who ran away.

The party took their loot and their heads: the marsh has now a warning for anyone that enters (impaled heads).

After the usual activities in Helix the group set their course once again towards the Obelisk. Finally they opened the southern door and explored the corridor. Most of the doors were locked but they opened the last one and had to face two ghouls: the positioning wasn't the best so Cavell had to, once again, tank all of the hits. This fight left him at 6HP. Sadly the dice weren't kind to them so immediately after the Ghoul encounter they had a random one as well: Ravenous Zombies.

Those creatures attack the most wounded member of the party because he's the one that bleeds the most. Poor Cavell. He was almost doomed and had no place to retreat, but he was blessed by a higher power and managed to get hit only once out of four +3 hits for 3 damage. They started escaping and, once again, triggered a random encounter with some zombies. The whole dungeon was starting to turn into a grindhouse.

Helix, heal, sleep, Barrowmaze. Only one door was left, the most dangerous one. Area 47.

Inside of it there's an adventurer with a raised hand. He's actually consumed by a Gelatinous Cube that appears invisible to anyone not close enough. After some discussion the group decided to use a rope to bring the body closer, but the rope got stuck into the cube and aggroed the creature. Thelonius got sucked inside the thing but the rest managed to pull him out, then Cavell suffered the same fate. Everything foreshadowed a TPK, especially since Thelonius and Cavell were very slow. Luckily they were both only a Shield away from having 90' of movement. They dropped it and escaped from the maze, encountering some giant rats on the way (Indifferent on the reaction roll) with nothing of value lost.

This whole session kinda demotivated the group, also Barrowmaze was starting to wear them off a bit. Luckily I hae a giant map of my world and this means they can go wherever. Probably Archaia or Deep Carbon Observatory. Stay tuned for future updates! I should probably find a new title for the play report ;) 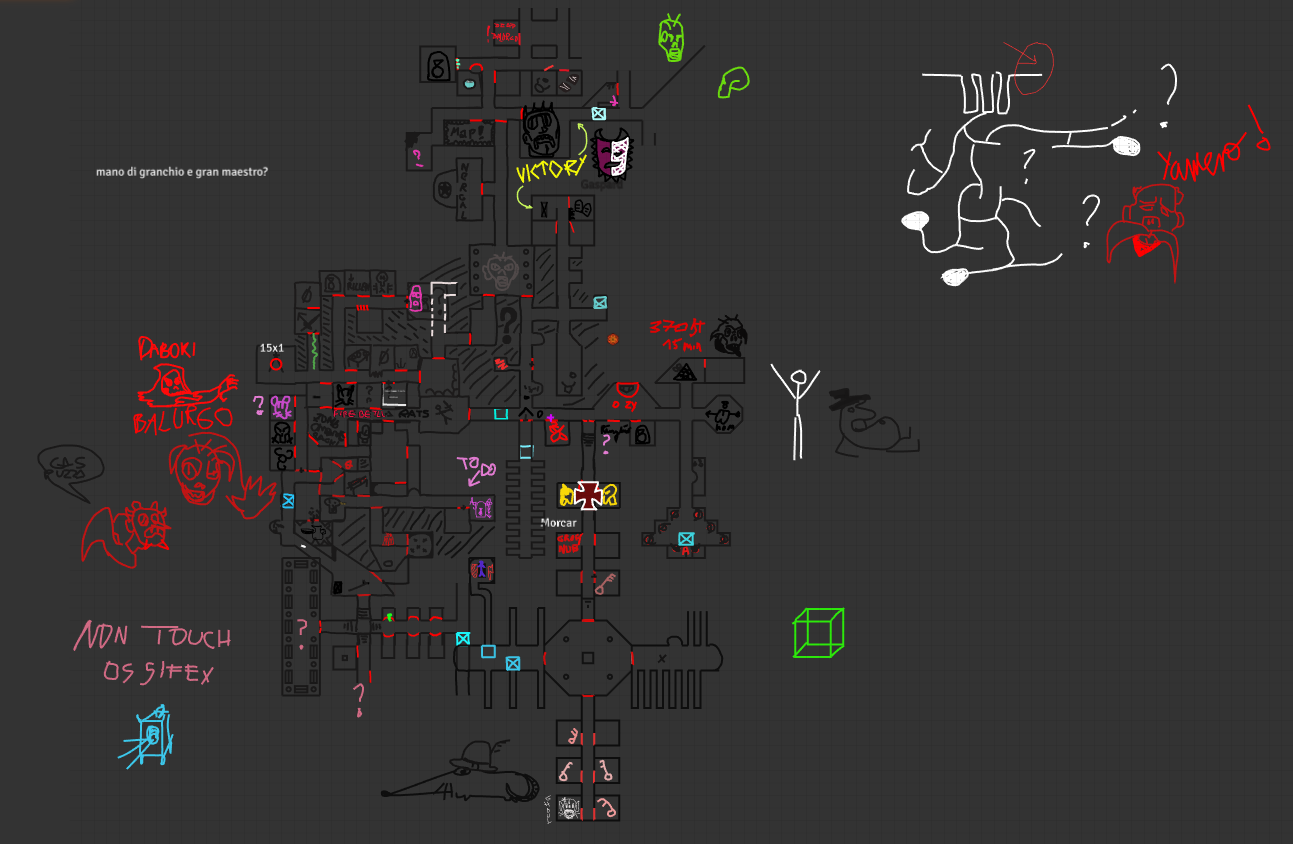