You are falling. The whole place is falling, or maybe it's going up, who knows? It has been the same sensation since you've entered the tower. A violent one. But your feet are still on the ground. 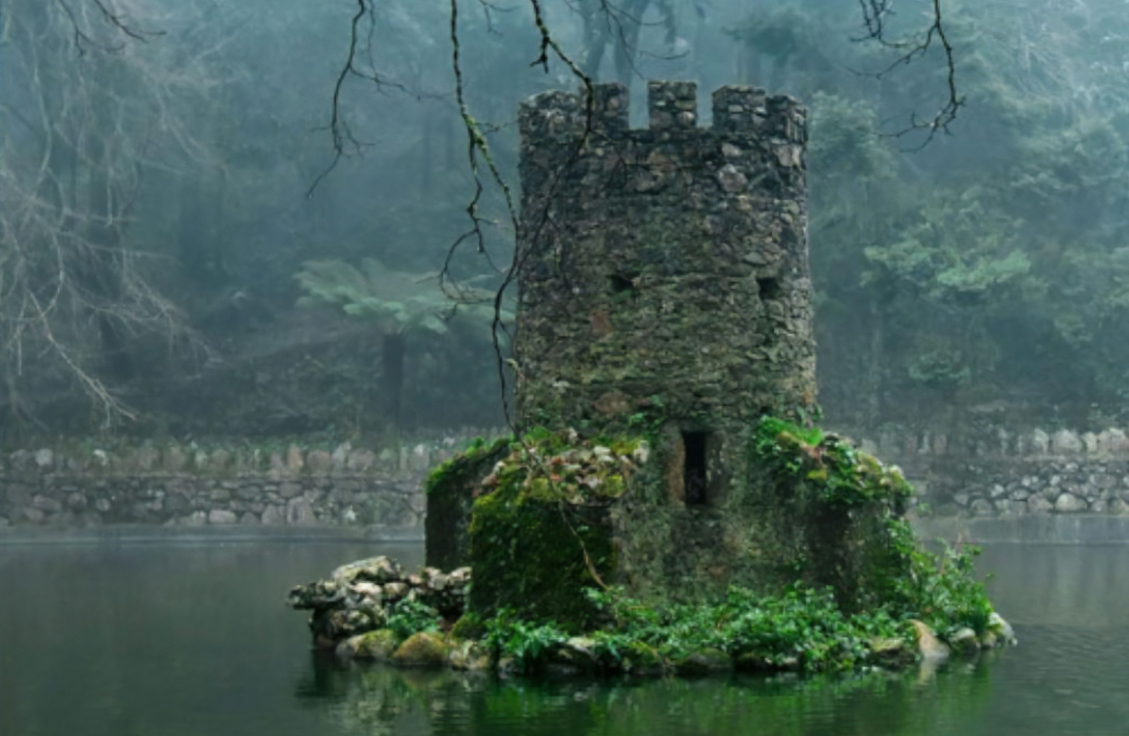 The tower was in the middle of the lake, people said there was treasure. But you now know, she is there. She is singing to you and now you're lost, wandering, confused. The stairs go up but you're going down, aimlessly wandering, there is no escape. The Keeper of the lake never lets her prey out, but maybe you'll be the lucky one?

And in the end, under a layer of moss, rocks and doors and rooms you'll find a grand hall. One with red tapestries, candles and crystal chandeliers. And a crystal throne. She'll be waiting.

Behind the throne you'll see dead bodies. And soon you'll be one of them, one of her husbands.

The only treasure you'll find?