A month or so ago I started a Barrowmaze campaign with some of my players. I never actually got to make a report on the sessions but I feel like that this is a good time to do a small recap of everything that happened so far. It will take in account around 10 sessions or so so it's gonna be pretty dense.

The characters are Gaspàrd, an harlequin thief and Morcar, a cleric of St. Ygg (actually he's dead now but I'm getting ahead of myself). The intro was simple: the harlequin needed some fun and interesting tales to tell the king and the cleric had to learn the history of the maze. They arrived into Helix and started exploring the place. I decided to cut down most of the ambience and lore of the town keeping just some of the named characters. There's supposed to be some sort of espionage going on from the baddies and such, but it felt convoluted so I just ignored that part, my players will probably never care. After doing the basic shopping they hired a guide at the local tavern and marched to the Barrowmaze. For the first sessions I skipped the other barrows completely as to not overwhelm them (also I felt like a hexcrawl on such a small scale wouldn't really work that well). I still made a map since the one in the book gives too much away! 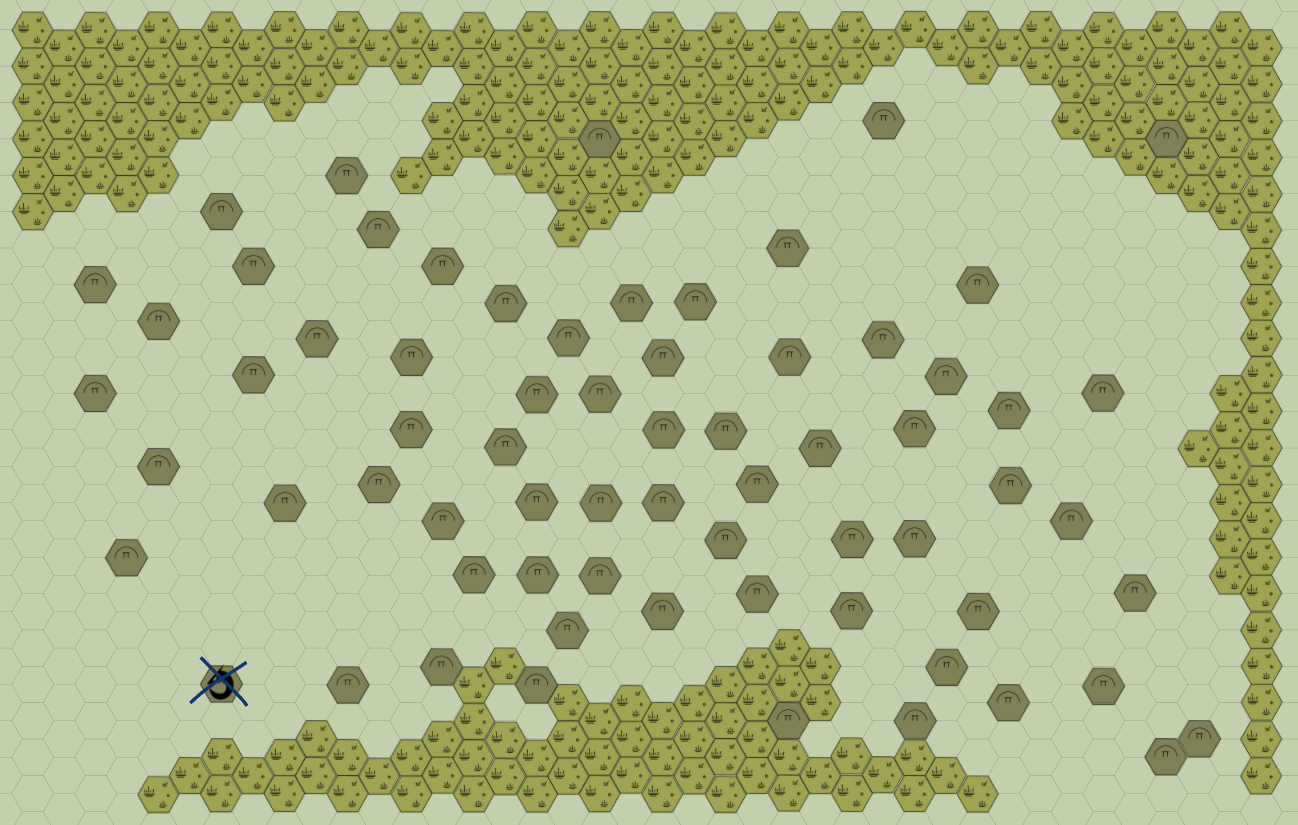 The first few delves were with Othar (actually the cleric of the village but I forgot the names so he became a mercenary instead). Gaspàrd and Morcar are both experienced players (albeit new to the OSR scene) so they didn't do too much dumb stuff. They almost died to the zombies in area 20 and had to retreat on their first trip. On the subsequent ones they explored the areas 1 to 20 without too much exciting stuff happening. They replaced Othar with a new hireling called Old Yeller (who heroically died against a spider because of a room restock) and explored the areas from 20 to 28 with him.

Probably the best highlight of the first sessions was them luring the Rattle Snake from area 62 into area 2 to smash the trap boulder onto his body, severing him in two. Clever thinking! After some more looting and treasure Gaspàrd got to level two. Then they met the Ghouls in area 42. They got lucky and survived but made the foolish decision to rest inside the dungeon. A random encounter was rolled and some Sapphire Skeletons blocked them inside the room. The party tried to break the door and escape but sadly Morcar got hit and died on the spot while the others escaped as fast as they could. 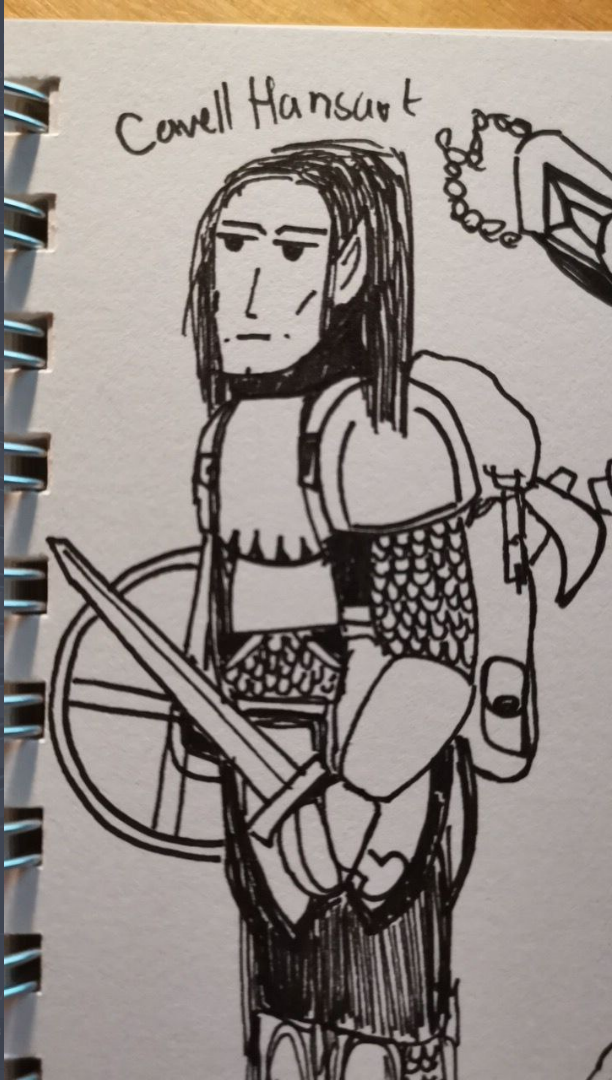 This is also the time when I started introducing the Barrows and some side-quests to them (they can go in the Blackened Woods to retrieve some magical spider silk and pay a guy in town 600g to make them capes that have a 10% chance of being magical). I made clear to them that I would be improvising the woods part so they're still waiting on that, but they explored one barrow (and found nothing but some treasure and centipedes). It actually made for some fun roleplay and gameplay because Henry got bit and had to spend two weeks in bed but I felt it was pretty underhwelming as a mini dungeon (especially for the irl time needed to roleplay opening one, since you have to roll dice, backtrack twice to the barrows, roll encounters etc).

Last session ended with them reaching area 110. They're both chaotic so they were already following a group of adventurers in the hope they would die. I ruled that they went into the big corridor just to end in a fight between the two factions in the dungeon. The party decided to wait and after the Necromancers won they attacked them. It would've been a very hard fight if not for the trapdoor in the corridor next to them: they used it to avoid the zombies and fought 3v3 (Actually 3v2 in the end since their new retainer escaped with the loot when at low health!). Cavell almost died but they managed to win the fight and get a Talisman of Raise Dead and some nice XP and coins. Gaspàrd almost reached level 3 and Cavell is close to the second. 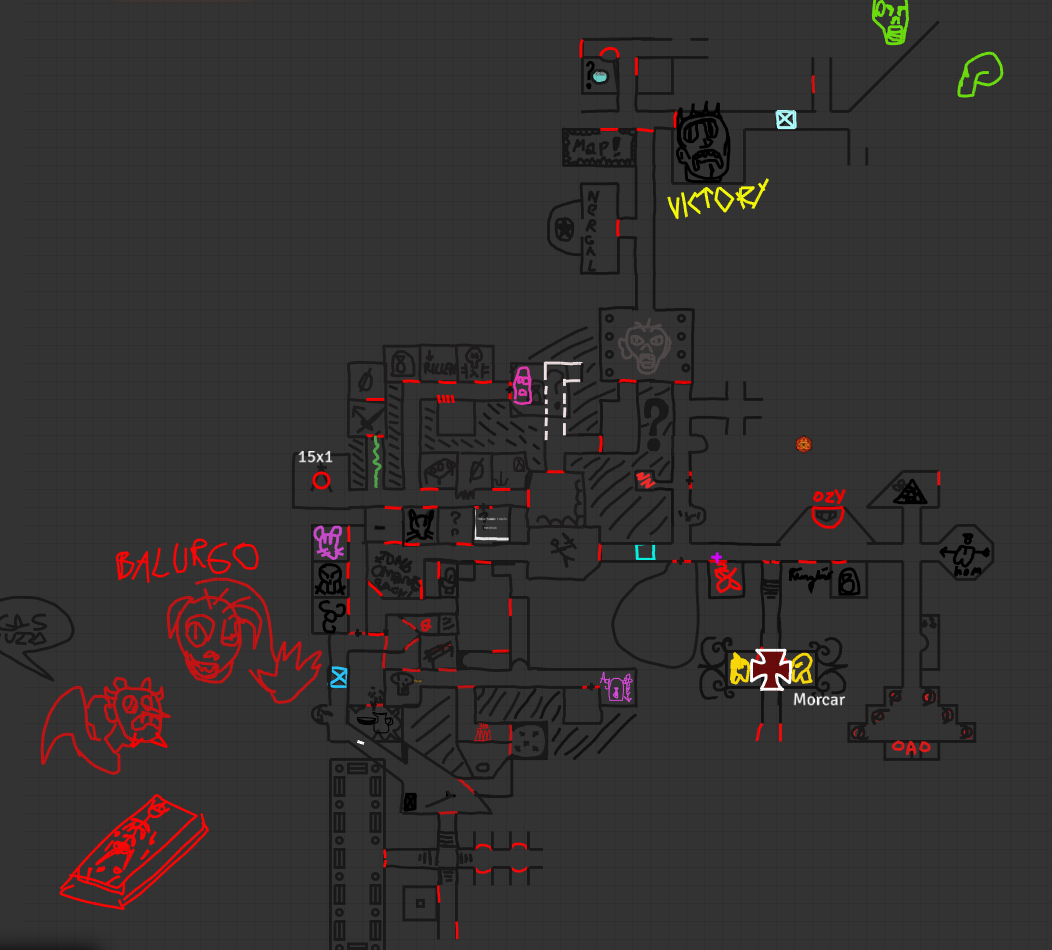 Here's the map they have so far. It's somewhat imprecise but I'm impressed to how close it is to the actual one. Especially since almost never drew for them. At the moment they're in area 49 so I'm really curious where they'll go next. Probably in the southern part of the maze (30-38) since they don't like leaving things behind, but we'll see. I'll try posting these updates more frequently if interesting stuff happens!