A friend of mine suggested to me an adventure where players are tripping as balls after eating some mushrooms in the forest. Here's a tentative of translating this into written form.

The adventure starts and ends in the woods, it ends with the players naked. This might not be suited for a campaign. Everytime a monster is encountered, roll a d100 and consult the table, then describe that monster to the players. All monsters of the same kind share the same appearance. Some monsters are not real, assume the damage they take is suffered from rocks, wild animals etc. 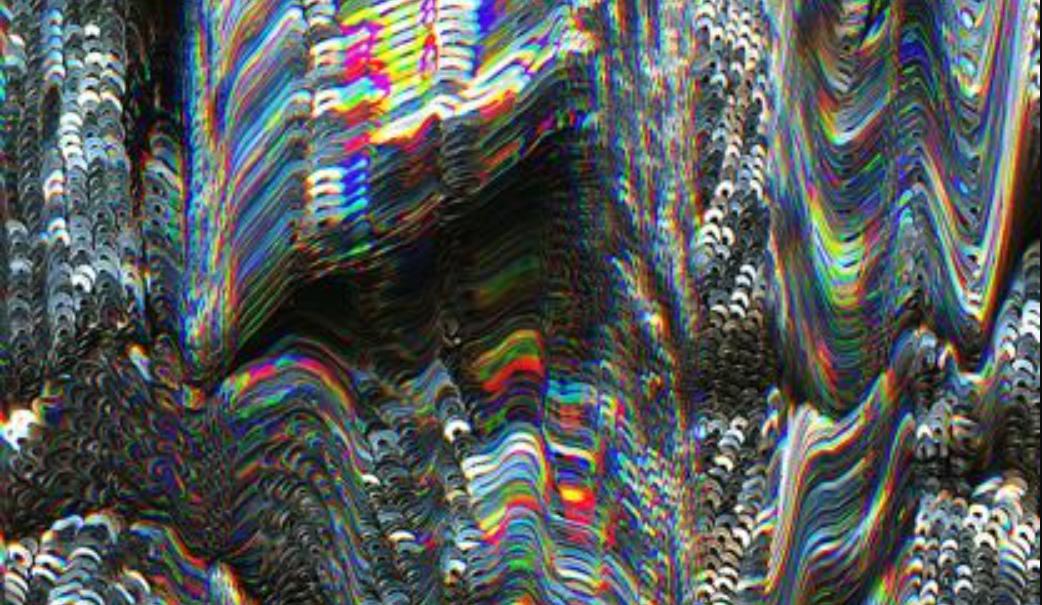 Your players are in the woods, foraging and hunting. They find some mushrooms and they eat them, what could go wrong? Then the entire forest starts burning, it's not actually burning but they don't know that. Time to run!

The rest of the adventure is structured as a point crawl. Roll 1d6 between every location. Random encounters on 1 or 2. Yes, it's railroady. Sorry.

The trees are burning and the forest is on fire. There's no smoke for some reason (as the DM you know why). At one point the trees start screaming. Then three trees just jump outside of the ground and start running using their roots towards the players. Screaming Tree (AL:C, AC:6, HD:2+1, HP:9, #AT:1, DMG:1d4 fire every round until extinguished)

2. The Cave Of Bagpipes

Running from the fire leads to a cave. The cave is full of 1d4+2 fighting goblins (roll on random monster appearance) + 2d4 children and women (also have random appearance). It looks like someone is constantly playing bagpipes in the cave but the source of the music is unknown. If the players decide to stay in the cave, the walls will begin shifting and moving trying to squish the group (of course, this is actually not true). The bagpipes won't stop. The cave contains 883gp, crude toys and a ceramic statue worth 4000gp. if recovered safely.

At one point, the fire will look so strong that it will start heating and melting every armor the players have. The clothes will catch on fire forcing the wearers to remove them. If they don't they'll start taking 1d4 damage every round, the damage is illusory.

4. The Village Of Tongues

In the woods there's a village, it's a simple village of humans that will probaby look very confused when a band of naked adventurers will come out running off the woods. Of course they won't know about any fire. When moving trough the streets the player will be paranoid and will hear conversations about them happening behind their backs. If the party is rude, insistent or spends too much time (more than 10 minutes) wandering naked inside the village the guards will be called. They will look like normal humans but with Fly heads. 1d4 Fly Guards (AL:N, AC:5, HD:1+1, HP:6, #AT:1, DMG:1d6). The whole town will look overly hostile to the group. Make the players think that the whole village hates them and wants them dead.

This part takes place entirely in their heads as they slowly twitch in pig shit. Under the village there's a giant cave. In the middle of it there's a giant parasite, releasing smoke and fire. He has 4 tentacles, 300' apart. The tentacles have 3hp each and an AC of 13. To kill the parasite all 4 tentacles must be destroyed. The parasite generates 1 Fire Spider (AL:N, AC:10, HD:1/2, HP:4, #AT:1xRanged, DMG:1d6) every other round. If the parasite dies the players find 4993gp. stashed in a chest (they're actually 49gp. they stole from the villagers)

The adventure will probably end with them rolling in the pen or in the woods, completely naked. The effect of the mushrooms ends after 6 hours so if they manage to survive that long everything returns to normal. They will have coins in their pockets that they don't know where they came from. Their armors? Gone. Also the king's guards are now searching for them.