We're back. After a couple of weeks of delay that I spent playing my own adventure irl (Blog post coming soon) we're back into the barrowmaze. Well... Kinda, since my players spent most of the session exploring Ironguard Motte instead. 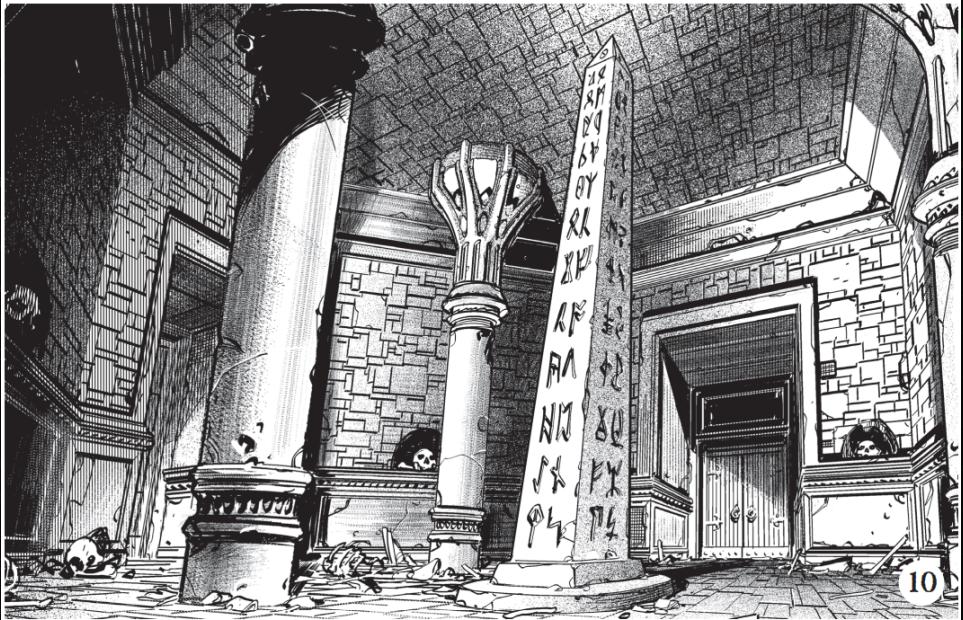 The party is composed, if you recall, of a Cleric, a Dwarf and a Fighter. They all wanted heavy armor, which wasn't aviable at Helix, so they decided to take a carriage to Ironguard (Glirk bought a horse instead). I used this opportunity to flesh out my world a bit. I introduced some side activities my players ignored, a tavern, a bank and a smith. Thelonius decided to sell one of the Runic Tablets while the others went around carousing.

After doing whatever they wanted to do they returned to the Barrowmaze once more. Ignoring once again all of the small cripts outside they went straight to the place where Morcar died to the skeletons (Area 42). They opened some doors and met Grr’Woof-nub (I sadly didn't have enough time to roleplay him decently), fought some zombies and reached Area 43 with no incidents.

Restocking the dungeon is becoming tedious, and while it adds to the gameplay and believability of the thing I think I'll stop doing that for the starting areas from now on. This will also help with the feeling of progression my players have.

Other than that they almost finished the Area One of the megadungeon and slowly moving towards the zone mapped in Room 37 so I'm hyped for that. Also it's cool seeing the map take shape over time.