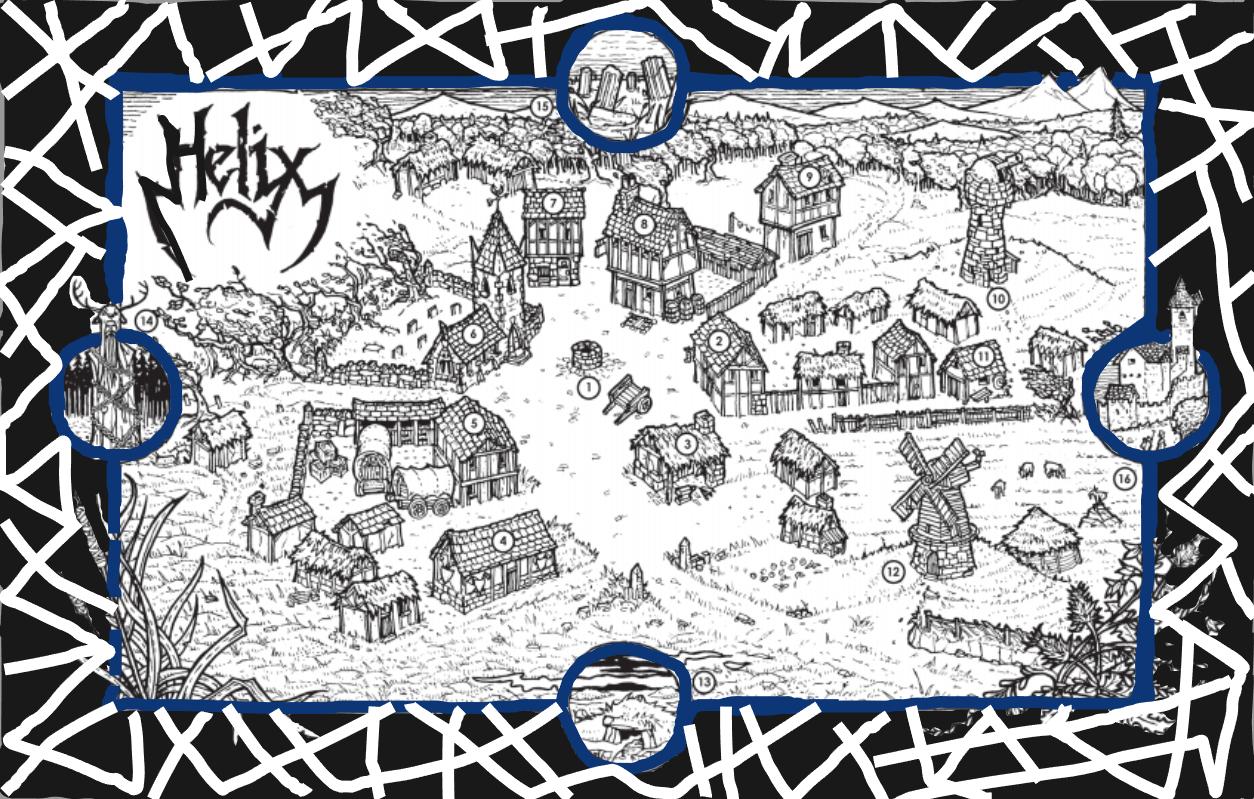 Thelonius, Cavell, Glirk and Cordoon were almost doomed with no way to escape that rathole they were in. It looked like their chances were very slim, so it really surprised me when they decided to form a wall with their shields and run out of the corridor. After jumping the pit and running trough the door they find themselves surrounded by 6 Huecuvas, they roll for surprise and roll a 1, the Huecuvas are surprised. Then, Thelonius casts Turn Undead and rolls a 12, even with the modified Turn Undead table that's enough to make 2d6 HD of Undead run in fear, and again they get lucky with 4 out of 6 skeletons running away.

Thelonius tells the others to run, trying to give them some more time by staying and fighting. They enemies miss four times in a row and afterwards he decides it's not worth to stay and jumps as well across the pit in a not so heroic escape. What matters is that they survived, incredible.

They retreat to Helix and spend the night there, just to plunge into the depths of the maze again the following day. This time they go north-east and explore areas 58-63-64. After not finding anything except for the two tablets in area Q3 they decide to destroy the locked doors on the west side. 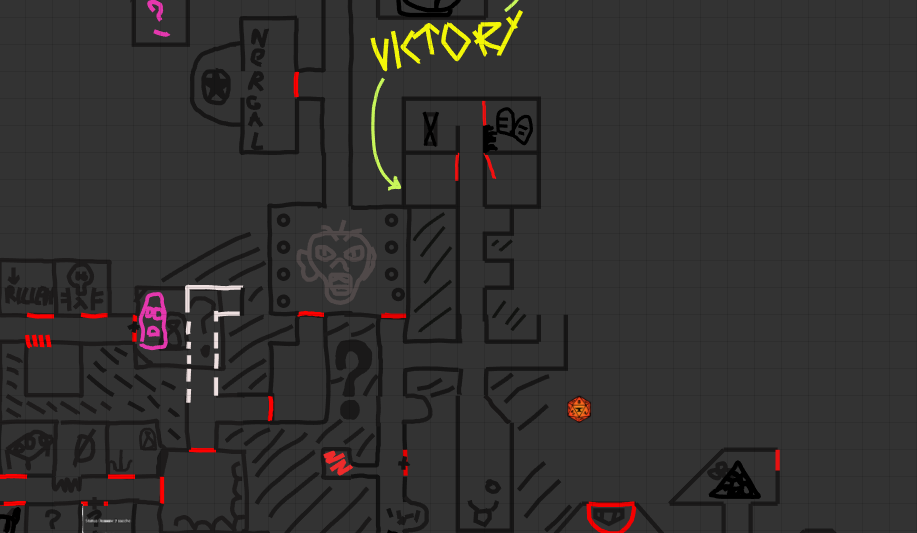 The north-west crypt contains a sarcophagus, and usually that means undead. That's exactly what they were expecting and exactly what happened. A giant rotting undead with larvae coming out of its eyes awoke from its slumber and got out of the crypt. Once again the players got extremely lucky: the first hit randomly hit a nearby creature and the dice decided for it to be Cordoon. The zombie raised its fist in the air and hit the Dwarf for 5hp killing him on the spot (r.i.p 2nd henchman), and that was the first of a total of two fights he managed to hit. The second hit Cavell but only for 3 damage and it didn't cause serious problems.

I expected this fight to be more problematic for the party but it resolved extremely well, the dice gods were with them today. After looting the sarchopagus and getting a Gold Necklace (2100gp!) they decided to head back to Helix.

Their trip was only interrupted by a group of Fire Beetles that observed them carefully. Glirk gave them some rations and then they continued on their own way. All of the players are now level 2.